I was saddened to learn of the passing of the Denzil Davies who served Llanelli and its constituents with great passion, compassion and dignity as MP between 1970-2005.

As a pup reporter in Llanelli who had met the great Jim Griffiths, Denzil’s predecessor, I feared at first that Denzil might struggle to fill the enormous boots Jim had vacated. But the quiet and modest man hewn from the anthracite seams of the Amman Valley quickly made his mark with  laser speech delivery at Parliament supported with a sharp legal brain and galactic intellect.

He riveted his Parliamentary colleague’s attention and crumbled his opponents, even some within his own party, with skilful guile and wit. He was quick to support those who needed his help. I was one of the legions of those as an estranged constituent and have forever been in his debt.

His powerful oratory skills would silence his awestruck audiences like great Baptist ministers. He was a delight to have to share the platform at public meetings.

Denzil’s earlier Parliamentary days coincided with the great community struggle within his constituency half a century ago to Save Our Sands from the Shoeburyness Monster. Cefn Sidan Sands, Pembrey, was in danger of becoming the replacement proofing and experimental firing range that would have decimated the Pembrey Peninsula and probably creating garrison towns of Pembrey, Burry Port and Kidwelly.

After Parliamentary debate, Denzil with almost weekly occurrence over several winter months would travel from Paddington on Friday’s to Pembrey and Burry Port railway station and walk to the SOS Action Committee meetings at the group’s chairman’s home on The Links, Pembrey. He would often stay beyond midnight constructively dismantling the MoD’s ambition.

It was in part due to Denzil’s incisiveness and clarity of action that the Ministry of Defence were forced to withdraw a Circular 100 to command possession of the Peninsula without the need for planning and risk a public enquiry which the MoD ultimately lost.

One off his greatest legacy’s is Pembrey Country Park. Denzil’s part in the creation of Pembrey County Park has never properly been acknowledged. Many years later he made his home at The Links, Pembrey, with his devoted wife Ann, on land contiguous to the park he helped create. He was Llanelli through and through; a true disciple for Llanelli town.

He was probably the greatest of ability Welsh MP’s not to have achieved a Labour Cabinet posting. He was minister of state at the Treasury under James Callaghan, shadow Welsh secretary under Michael Foot and shadow defence secretary under Neil Kinnock. Denzil was in no-one’s shadow. He towered above all in ability and was frustratingly blocked from advancing by the lily livered about him.

Ron Cant  worked in the newspaper industry for many years before moving to become a press officer for Carmarthenshire County Council. Ron covered innumerable news events in and around Llanelli during the time that Denzil Davies was MP for Llanelli. 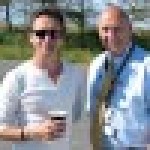 Teenagers encouraged to register to vote in Senedd elections

Wales will go to the polls in May

Welsh
You are in breach of copyright